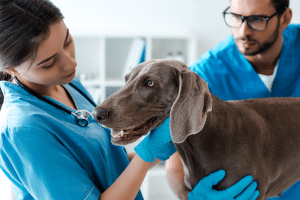 The charity’s facilities are amongst the few animal rescue centres in the UK to have a non-selective intake policy. This means they accept any breed of animal, including dogs or cats with serious medical and behavioural problems.

In addition to the charity’s permanent staff, each day they welcome many dedicated volunteers who interact with the animals, including taking them outside for exercise. Unfortunately, some dogs are potentially dangerous and can inflict serious wounds. The charity needed a system that could allow people in contact with animals, whether they’re employees or volunteers, to call for help quickly and easily should they, or someone they’re with, be injured or endangered by an animal.

The system the charity chose was Multitone’s EkoTek wireless staff safety solution. Our solution equips people with portable devices that can raise an emergency alarm at the press of a button, forwarding it along with the user’s location directly to responders who are trained to help.

Our journey with the animal welfare charity started in 2008 with their main site in London. The system would have to cover indoors and outdoor areas, and posed a unique challenge due to the fact the site is split in two by a railway line, with the two sections linked by a tunnel.

EkoTek proved an ideal system as it can operate indoors and out, and as a fully wireless system, it is easy to install and expand upon. A wired system would have been much more expensive. Another advantage of the wireless EkoTek system is that, to increase granularity, additional signal repeaters can be added easily, providing pin-point accuracy to responders when an alarm is raised. Staff are provided Messenger units with screens which can both raise alarms and receive them. With first aid training and experience in handling animals, these staff are well-equipped to help others. Volunteers are provided with simple alarm fobs to carry around whilst on site, which can summon help to their location.

One thing that was found early on was that as dogs jump up at people in greeting, they sometimes triggered an alarm by accident. In response, raising an alarm has been programmed to require a double-press, helping avoid false alarms which could distract staff during a real emergency.  Since the initial installation, the site has evolved and our staff safety alarm system has evolved with it. As well as adding significantly more Repeaters, the charity has upgraded to our MaxiHub to support this expansion. The system has also been installed in the charity’s other UK sites, protecting every facility in the country.

How does EkoTek work?

If someone is attacked, injured, threatened, or becomes seriously ill, an alarm can be raised via the portable fobs or Messenger units. The alarm signal is picked up by the closest Repeater, which provides the alarm location, and then transmitted via the mesh network produced by overlapping Repeaters to the Hub and to all designated responders. The system is designed so that a single point of failure will not prevent alarm transmission. The Repeaters are typically wall-mounted and, while wired versions are available, are usually completely wireless, powered by a long-lasting battery.

The whole alarm transmission process is completed within seconds. This alarm can then be accepted by responders, which tells the system that help is on the way. If nobody accepts the alarm, it will be ‘escalated’ to an expanded group of responders.

There are also software applications designed to allow the alarm system to be monitored from computers – EkoMS and EkoMS Notifications. EkoMS provides a convenient way to administer the system as well as reports, live alarm boards and live alarm maps. This provides powerful visual aids for incident monitoring and management. EkoMS Notifications is a simple program which provides desktop notifications which appear above other programs when alarms are triggered.

Having worked with the charity for more than 10 years, Multitone continues to support them as their sites change and their needs evolve. We are proud to help keep their hardworking staff and volunteers safe, and look forward to working with this fantastic charity well into the future.

This website uses cookies in line with our Cookie Policy. Out of these cookies, the cookies that are categorized as necessary are stored on your browser as they are essential for the working of basic functionalities of the website and for helping us understand how people use our website - these include Google Analytics cookies which supply us with anonymous data. Other cookies are categorised as 'non-necessary'. These cookies will be stored in your browser only with your consent and you have the option to opt-out of these cookies at any time. However, opting out of some of these cookies may have an effect on your browsing experience.
Necessary Always Enabled

Necessary cookies are absolutely essential for the website to function properly. This category only includes cookies that ensures basic functionalities and security features of the website, and allow Google to collect anonymised data about its use. These cookies do not store any personal information.

Any cookies that may not be particularly necessary for the website to function and is used specifically to collect user personally identifiable data via analytics, ads, other embedded contents are termed as non-necessary cookies. Cookies associated with our marketing automation service, Pardot, are included in this category.

SAVE & ACCEPT
Scroll To Top